“In addition to the latest processors and GPUs, we’ve made exciting across-the-board updates to the Predator Triton 500 and Acer Nitro 5 this year,” said James Lin, General Manager, Notebooks, IT Products Business, Acer. “Most importantly we’ve applied new thermal technology which keeps the devices cool so gamers can enjoy the performance improvements from the latest silicon technology.”

Predator Triton 500 – Top of the Line Performance that Keeps Cool
Powered by the latest 10th Gen Intel® Core™ processors for high performance notebooks and up to NVIDIA® GeForce RTX 2080 SUPER™ or 2070 SUPER GPUs with Max-Q Design, the Predator Triton 500 is capable of taking on the toughest challenges. Backing up that power, up to 7.5 hours of battery life[2] allows for impressive productivity, making the notebook an excellent choice for working professionals who want to play, too. Its industry-leading 300 Hz IPS[3] panel with a 3 ms overdrive response time displays all the action in smooth and vivid detail, covering 100% of the sRGB color gamut while supporting wide-angle views. NVIDIA G-SYNC™ technology eliminates tearing and minimizes lag. 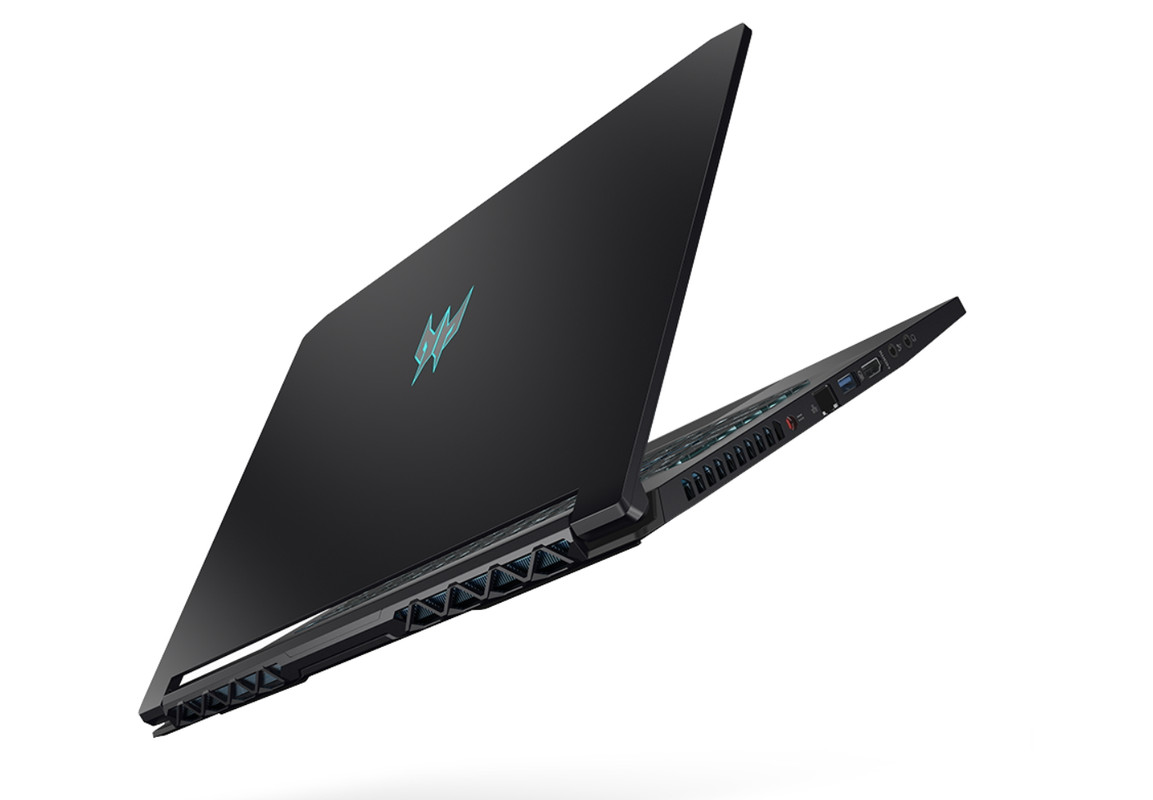 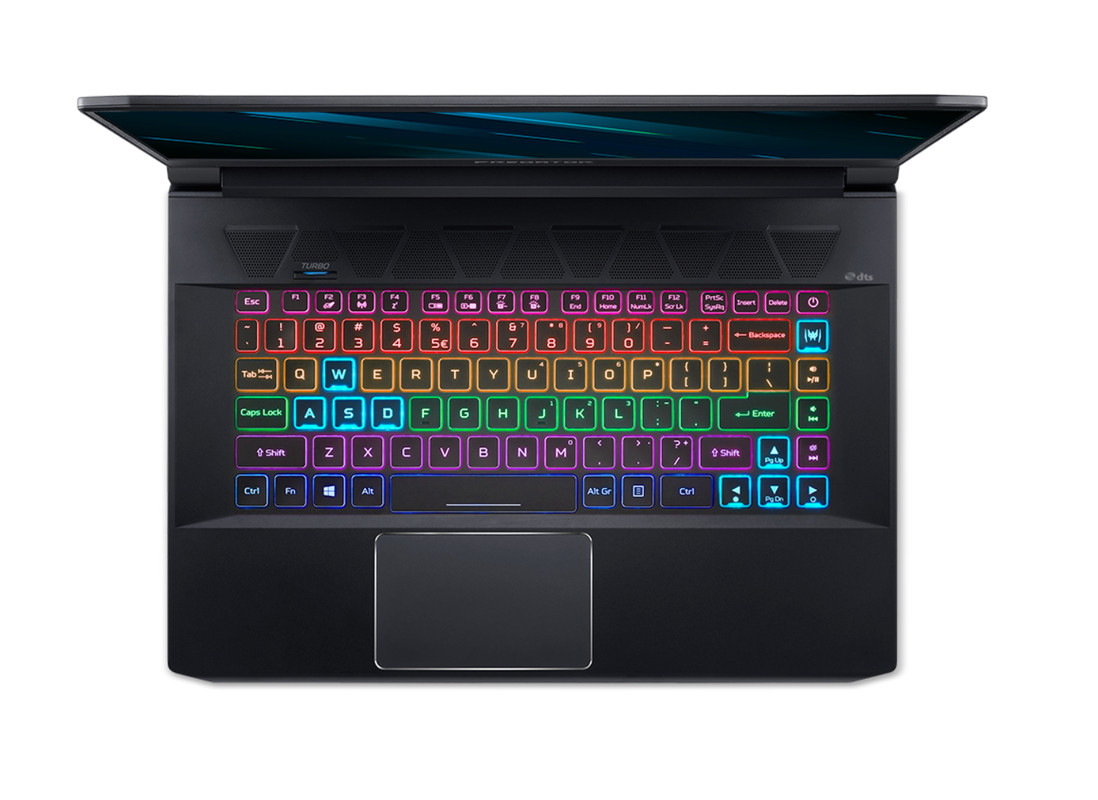 The Predator Triton 500 comes with a Killer™ Wi-Fi 6 AX1650i wireless controller, E3100G ethernet controller and Control Center 2.0 to push network connection quality up to new levels, ensuring speed-critical applications get bandwidth priority. All this power is packed into a thin 17.9 mm (0.7 in) and lightweight 2.1 kg (4.63 lb) all-metal chassis that features narrow bezels and an 81% screen-to-body ratio. The notebook has up to 32 GB of DDR4 memory and up to 2 TB of NVMe, RAID 0 SSD storage.

The notebook’s innovative cooling system also features an all-metal 4th Gen AeroBlade™ 3D fan that’s been specially designed to maximize airflow and reduce noise. Serrated edges, winglets and a curved fin allow for up to 45% increase in airflow[4]. Adding five heat pipes to the mix, the 2020 Predator Triton 500 ultimately gets 33% better thermal performance than its 2019 counterpart[5].

Acer Nitro 5
The Acer Nitro 5 comes with up to a 10th Gen Intel Core i7 processor delivering 5 GHz and graphics options of a GeForce RTX 2060 or the latest GeForce GTX 1650Ti or 1650 GPUs. It comes with up to two M.2 PCle SSDs and a 1 TB HDD[1] for storage, and up to 32 GB of DD4R4 RAM in two user-upgradeable DIMM slots. Available with a 15.6-inch FHD IPS display, gamers will particularly appreciate the 2020 model’s significantly improved visuals. Models with 144 Hz or 120Hz 1 refresh rates and a 3 ms response times[6] allow for blur-free gameplay that comes to life on the device’s 72% NTSC, 300-nit panel. 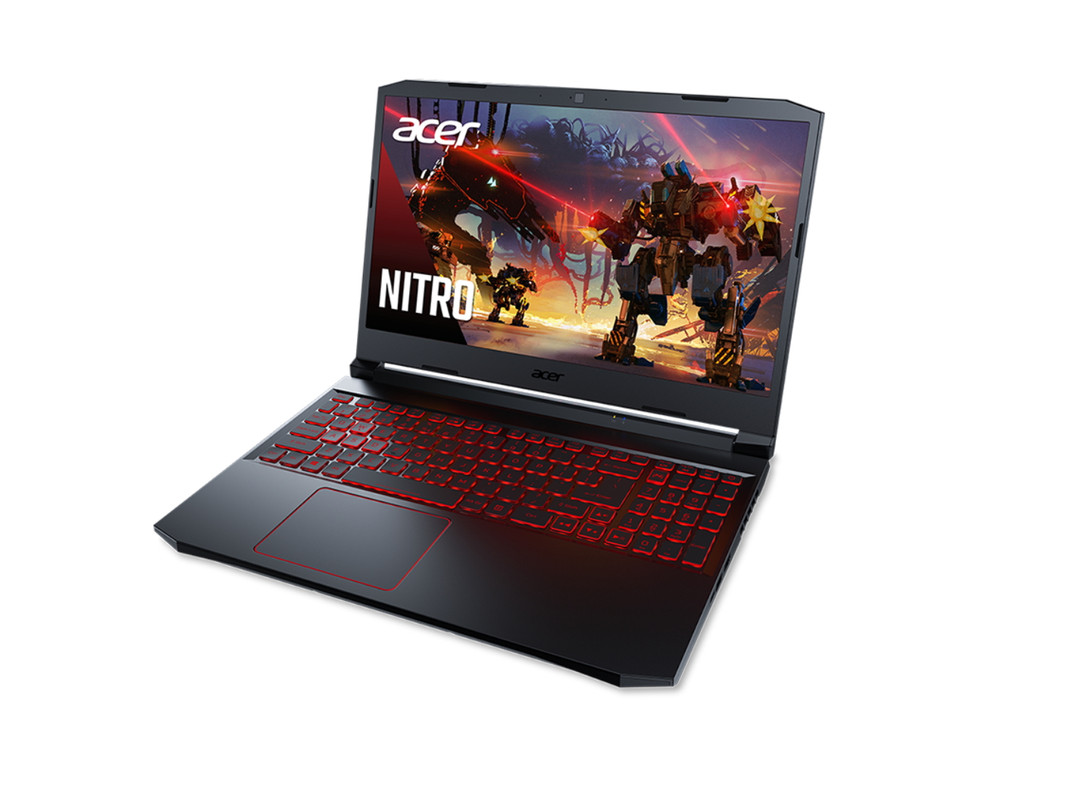 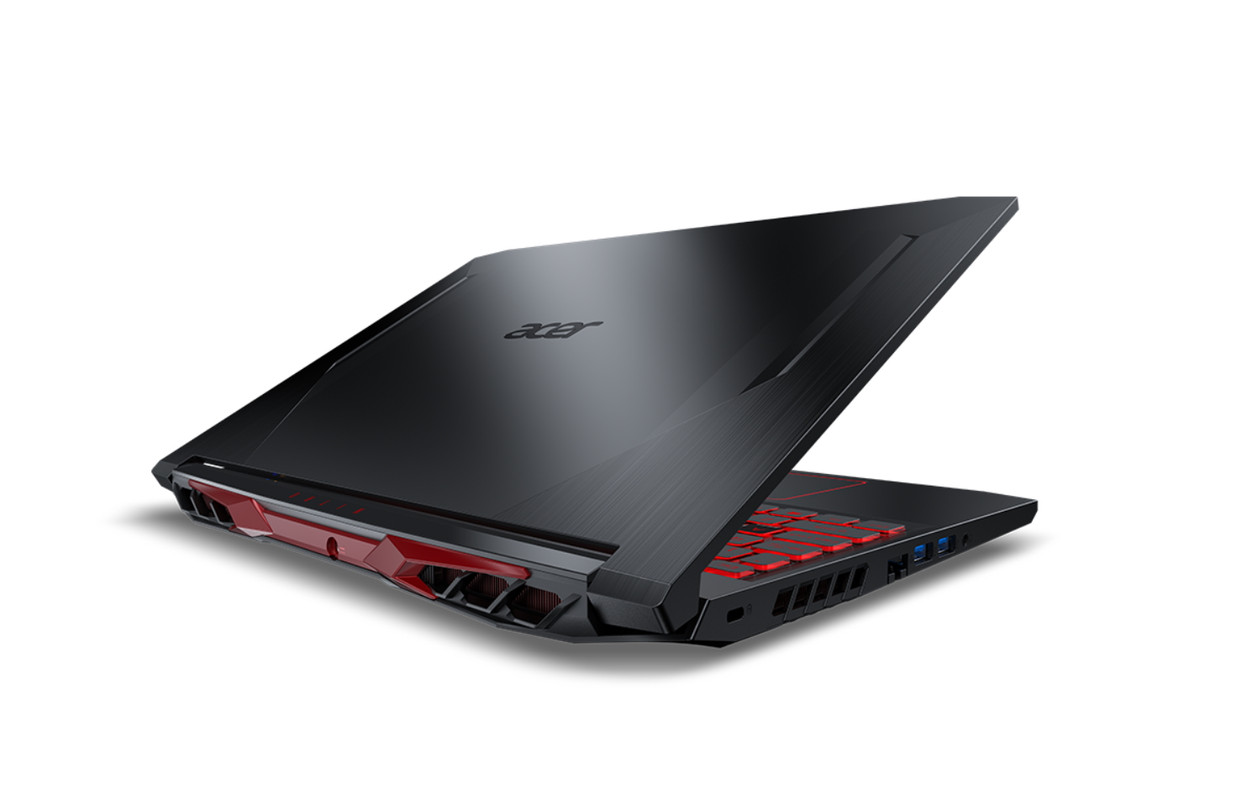 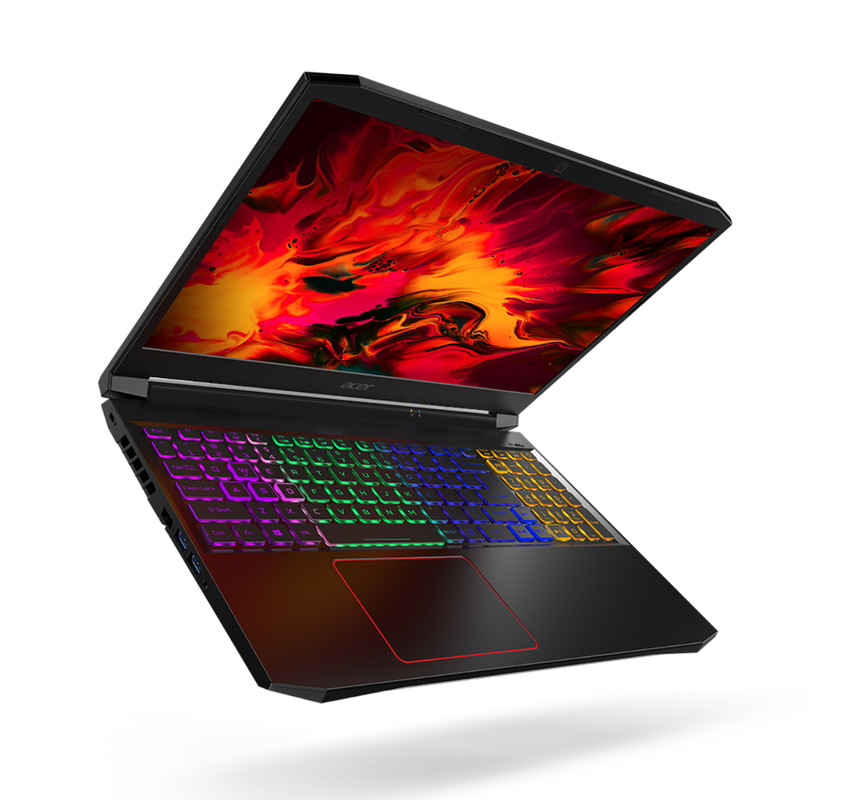 The Acer Nitro 5 comes with several innovative thermal solutions in order to maximize cooling efficiency even under heavy loads. It features a dual-fan cooling system that takes advantage of strategically placed intake/exhaust ports and four heat vents to achieve an overall 25% improvement in thermal performance over the 2019 model. This is further optimized by CoolBoost technology capable of increasing fan speed by 10% and CPU/GPU cooling by 9%. New to this year’s model, Intel Wi-Fi 6 AX201 (802.11ax) and Killer Ethernet E2600 increase network stability and performance, enabling gamers to take full advantage of these thermal improvements.