After weeks of leaks distilled on Nvidia’s Ampere cards, AMD is also trying to keep us on tenterhooks and “flip through” everything about its upcoming RDNA2 / Big Navi architecture.

We recently learned that we’ll have to wait until the end of October for AMD to officially launch its card (today we’re speculating on two or three cards).

Surprisingly, it’s at the heart of the Fortnite game that the renderings of the RX 6000 have been unveiled. The brand has provided virtual coordinates to find its graphics card in AMD Creative Island of the Fortnite game: 8651-9841-1639. This is not the first time AMD has teased you in Fornite, remember.

In the evening, AMD officially confirmed the design but also the naming of its card with the new Radeon logo.

Take a first look at the design of the new Radeon RX 6000 series. Our upcoming @AMD #RDNA2 graphics cards will feature a brand new cooler design, and you can study every angle yourself on our Fortnite Creative Island. 8651-9841-1639. pic.twitter.com/KGQAOXDivZ

Another view of the card here allows you to see a little more detail:

The official design combined with the renderings discovered in Fortnite allow a slightly more accurate identification of the future card: Other “small” RDNA2 cards in pictures 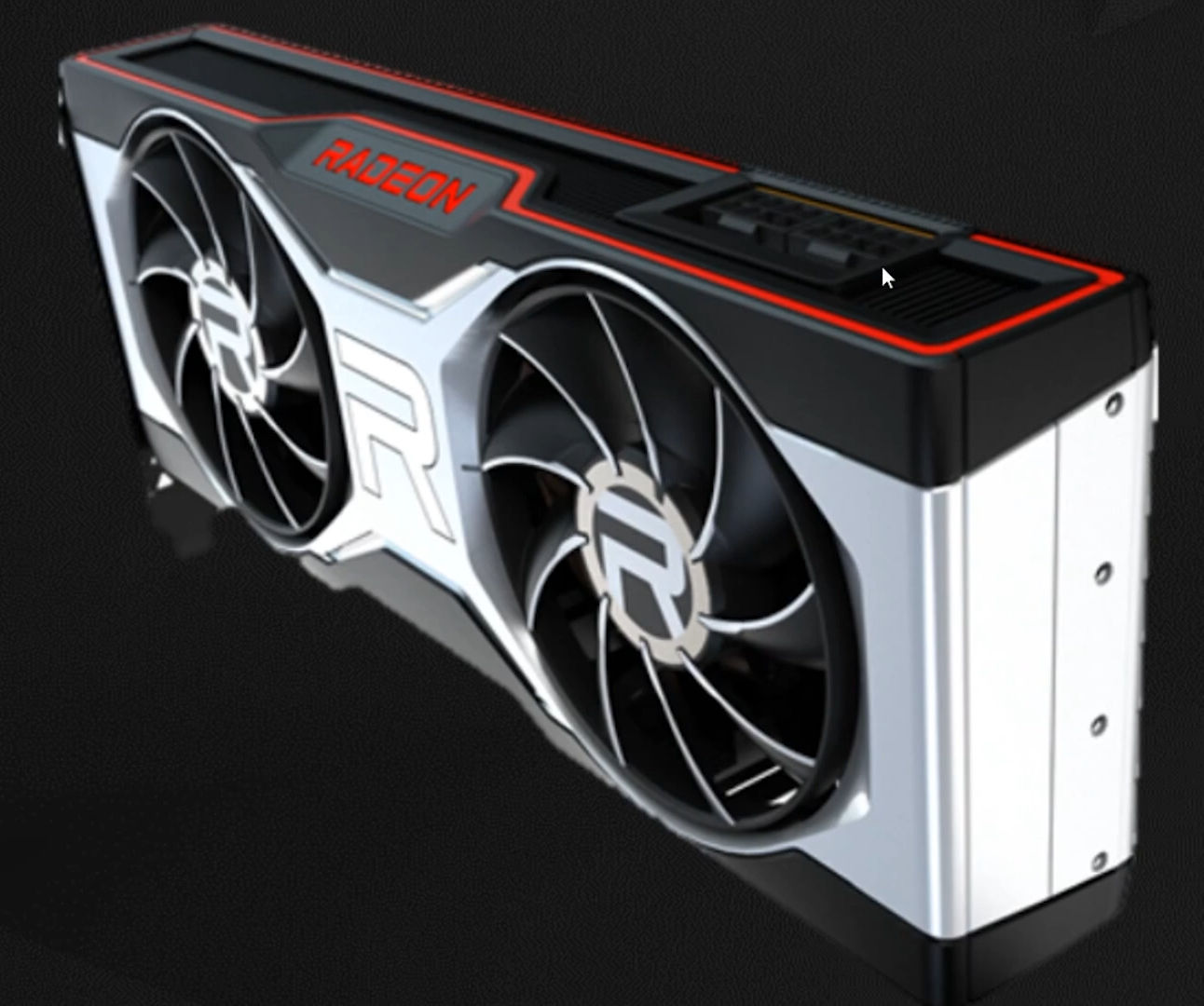 Of course, all this marketing is fun, but at this point in time, nothing is helping us to position the performance of future RDNA2 cards in front of the RTX 3000.

The most optimistic envisage a card capable of rivaling the RTX 3080, while others think that AMD could only match the former top-of-the-range (RTX 2080Ti) chameleon, which would make the top-of-the-range Big Navi a competitor to the RTX 3070. No doubt the news will start to fade until 28/10!