PassMark has just published a new report that reveals AMD’s market share worldwide. The result only confirms a trend that we have been noting for many months now: on the desktop AMD is doing well in all countries. The Passmark study allows us to remember that to find such figures, we have to go back to 2006, the time of the K6 processors…

So 37.5% is a lot, but it’s also still far from the majority because this figure combines the volumes of desktop and laptop processors. 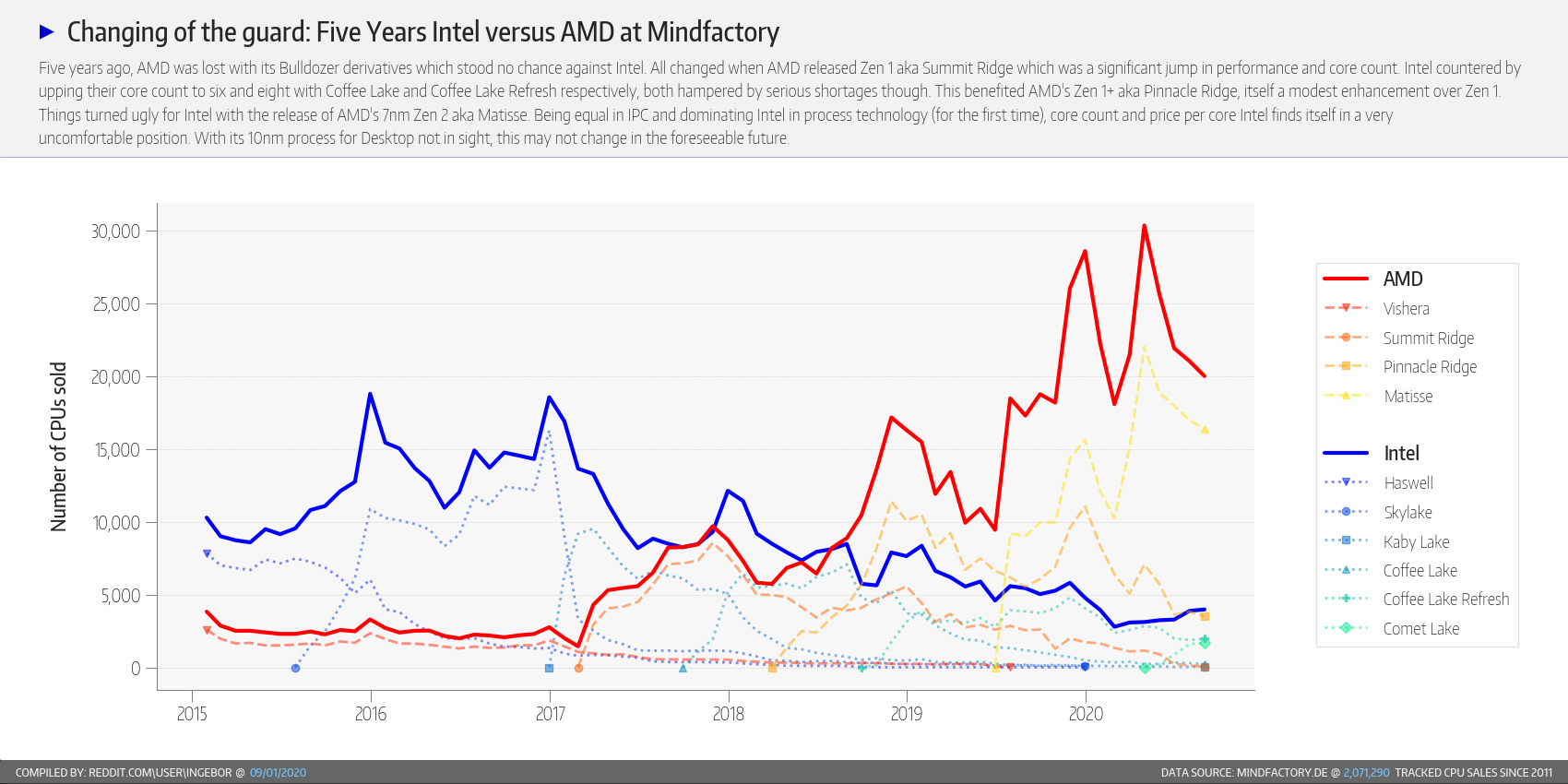 Some may be surprised by these figures as Intel continues to lead the way on the classic PC; AMD reached its peak last August with 48.9% of the desktop processor market. This figure however seems low when we look at the situation on the European market where AMD has sometimes approached 90%…

However, overall, Intel is still ahead…by very little but still ahead with a much stronger presence in some countries where AMD does not have a structured sales force. 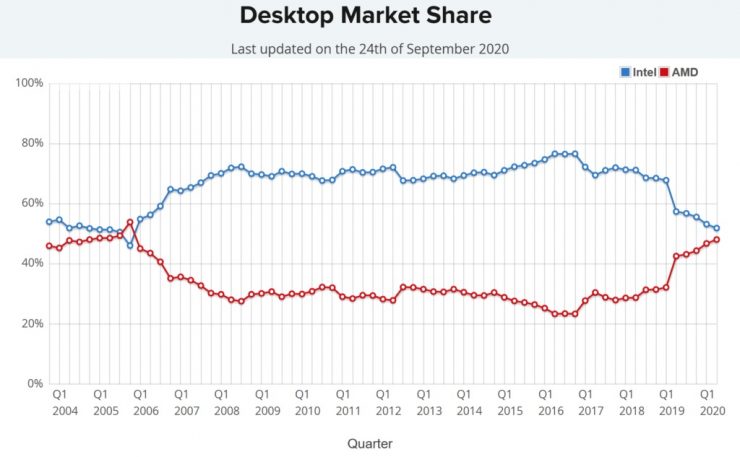 Coming back to the other figures, the laptop market is also revealing. Here again, AMD’s growth is very strong in a field where the manufacturer had never really existed in the past.

But despite this growth and excellent products, Intel’s presence is still largely in the majority. We consider Intel a real blue-chip company. 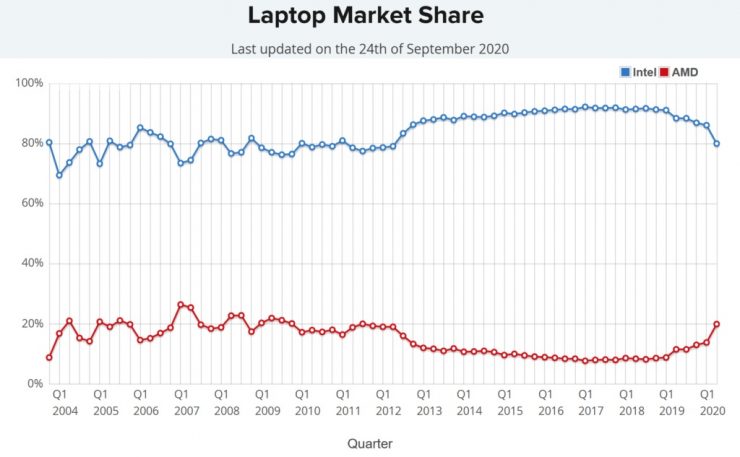 In the end, we can understand why Intel remains ahead despite an inexorable movement of AMD. The end of the year should further accelerate the gain in market share for AMD when Intel suffers from its roadmap and further still from availability issues. 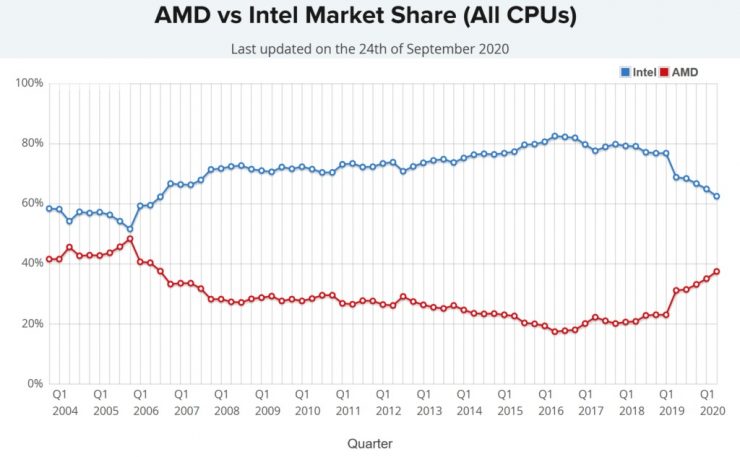 We still have to measure the impact of the future generation of Ryzen 5000 and Tiger Lake for which Intel has high hopes.