Chinese manufacturers Xiomi and Huawei are making gaming their next conquest. Although the two companies do not have quite the same motivations, the objective seems to be to rapidly gain market share. The Chinese giant would have in mind to take an important place on the market of monitors and would do what is necessary with its partners to obtain very aggressive prices on the 24 and 27″ slabs. The Taiwanese company AU Optronics (AUO) is expected to supply a 1080p panel at 240 and 360 Hz. Xiaomi should first of all “sound out” the Chinese market by launching an aggressive offer during the “Singles’ Party” which works a bit like Black Friday in China today. A priori, nothing should happen in Europe in 2020.

Huawei wants to make a new cherry with gaming

Huawei’s motivation is clearly not the same. The American blockade has shaken the company deeply and it is now looking to turn to new markets to stop the melting of its revenues. Huawei is expected to launch on sizes 24, 27 and 34″ with flat and curved slabs. It seems that the Chinese company TPV Technology will supply the flat panels, while the curved panels will be supplied by BOEVT, a well-known supplier as it has delivered Huawei and its Mate 20 Pro in OLED slabs. Finally, it is confirmed that Huawei is also seeking to produce PCs, even though the direction taken seems to constrain these products to the Chinese domestic market

For monitors, Huawei is clearly targeting Europe in 2021. In this respect, the company should try its luck with the Honor brand. On its domestic market, Huawei has already successfully positioned itself in gaming with the Honor Hunter V700 notebook PC with an exotic 16.1-inch Full HD panel at 144 Hz. 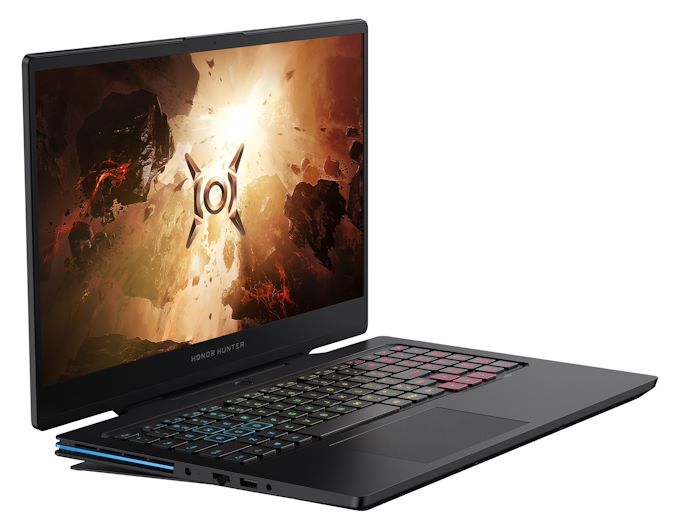 The magnesium alloy chassis has all the characteristics of the top-of-the-range competitors Asus or Razer without scruples. The product will be available with Intel CPUs but AMD versions are under study.

And when you look at the prices announced for the Chinese market, it’s enough to send chills down the spine of several big players:

What are the consequences for us?

By talking with Chinese factories it is relatively easy to predict what will happen on the monitor market in the coming weeks.

At the moment, all the factories are confirming a significant price increase on all slabs. The next arrivals (end of the year and beginning of 2021) will be subject to strongly rising prices. This situation is caused by the strong demand of the Chinese domestic market, the ambitions of the above mentioned players but also the withdrawal of Samsung from the manufacture of LCD tiles (Korean focuses on OLED and QLED).

So let’s be pragmatic: if you have to buy a screen, it’s now and there’s no point in waiting until after Black Friday, for example. By then, most distributors will have replenished their stock with rising prices.

NB: in the picture of illustration, the Chinese esport star Uzi

Previous Article The RTX 8000 Quadro if fitted with
Next Article   Nvidia: the first problems are coming on the RTX 3000